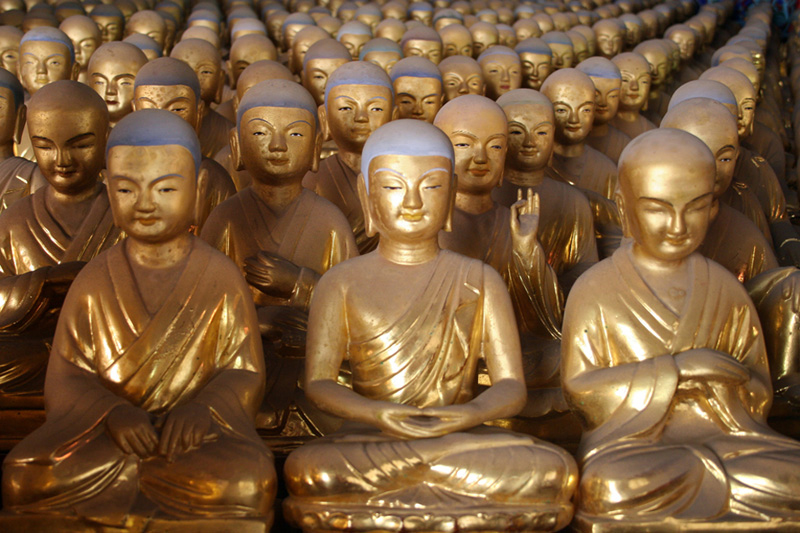 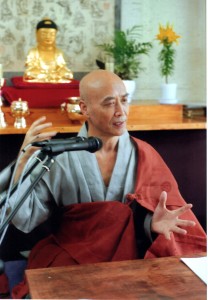 Master Hyunoong Sunim
A Zen Buddhist monk, from the age of 20 Master Hyunoong Sunim trained under the highly respected Zen Master Kusan Sunim in Songgwangsa Monastery, South Korea. After several years of an intensive meditation schedule he developed health problems which neither doctors nor herbalists nor acupuncturists could cure. Finally he met an herbalist who diagnosed and treated him according to his body constitution. The herbal formula had a dramatic, positive effect which, in Sunim’s words “were like the difference between night and day.” He was so impressed by the efficacy of this system he became determined to study it, deciding that he had to take responsibility for his own health. He studied under two herbalists who practiced this Sasang Body Constitution medicine. One of them, upon retirement, gave Master Sunim all his patient records and herbal formulas.

He moved from large monastic meditation halls to remote mountain hermitages where he continued his zen practice. During this time he met a Taoist hermit who was teaching a Qigong breathing practice called “Kuk Sun-do”. He began training under Taoist Master Chung San in 1972 and in 1982 was sanctioned as a Taoist Master. Master Sunim spent six years in rigorous practice alone in hermitages in remote mountain areas where he followed a raw food diet, eating what the mountains made available.

In 1985 he was invited to teach in Switzerland. The language difficulties prompted him to study the Chinese system of Five Element natal charts in order to better understand the personality and emotions of his zen students. In 1986 he moved to Canada, accompanied by Jaguang Sunim as his translator. As he continued his studies of both Sasang medicine and Five Element charts, it suddenly occurred to him that the Five Element charts could potentially indicate very accurately a person’s Sasang Body Constitution. For the next twenty years he researched and practiced this new system of combining the two traditions, with remarkable results. 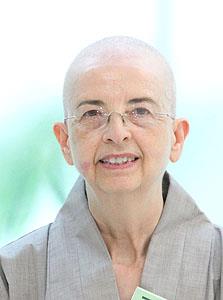 Jaguang Sunim
Jaguang Sunim is a Zen meditation teacher and Holistic Health Practitioner focused on guiding others in their spiritual growth and achieving optimum health. She has over 35 years of experience in the study and practice of zen, and 30 years in the ancient system of Sasang Constitutional Medicine from Korea.

In the late 1970’s she began her zen training in Songgwanksa monastery in South Korea, studying under the renowned zen master KuSan Sunim, and also receiving guidance from another great zen master SongDahm Sunim. While there she met a Korean monk Hyunoong Sunim, a disciple of KuSan Sunim, who profoundly influenced her approach to both spiritual practice and maintaining good physical health. She began her studies with him, following her Sasang Body Constitution dietary program, and beginning a tantien breathing Qigong practice from Korea. In the mid 1980’s they moved to North America where they worked together in both Canada and the USA, establishing zen centers that offered both Korean Zen practice and a variety of Qigong and other healing practices. In 1991 they opened the Sixth Ancestor Zen Center in Berkeley, CA where they offered daily meditation, weekly dharma talks by Hyunoong Sunim with Jaguang Sunim as translator, monthly one day zen retreats, and more extended residential healing retreats for individuals. In 2007 Hyunoong Sunim returned to South Korea where he established the Sixth Ancestor Temple in Seoul.

One of the most profound impacts on Jaguang Sunim’s health was the Sasang Constitutional Medicine system and the accompanying dietary program her teacher provided to balance her specific body’s needs. For 25 years she worked with him, studying and applying this system in her own life, and providing nutritional consultations for clients worldwide.

In 2010 Jaguang Sunim returned to South Korea for a five year zen retreat. During her final year there she was asked to teach zen at Mugaksa Temple in Gwangju. She held classes in Korean, to supporters of the temple, and in English to local foreign residents.

Her many years of zen practice and the cultivation of silent awareness, in addition to her personal experiences of deep internal healing, have resulted in her deep empathy for those who are either experiencing physical health challenges and/or devoted to a path of awakening. She provides consultations to anyone worldwide who is interested in cultivating better physical health and/or spiritual growth.